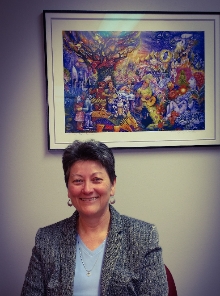 I have just returned from our national meeting of community health centers in Washington DC. While there, we met with our congressional representatives and engaged in meaningful discussion about the health care upheaval prevalent in our new political climate.

It strikes me that a core disagreement in Washington and our country is the government’s role in caring for its citizenship. The recent failed attempt to repeal the Affordable Care Act, according to the Congressional Budget Office, was poised to leave 24 million people without health insurance by 2026. A fundamental question that is being debated is whether or not government should provide health care to all its citizens? I believe it should and must; healthy people make strong communities, and caring for those who are ill builds a compassionate society that fosters accountability and support for the wellbeing of one another.

Nationally, Medicare and Medicaid are critical health care programs to support a health economy and overall health of the nation’s population. Luckily, many national organizations and constituents continue to support Medicare whenever there is a threat to privatize or reduce this program.

Unfortunately, this is not the case with Medicaid or Medi-Cal, as it is known in California; there is an apparent lack of awareness of the necessity of this program to the state’s overall well being. One in three California residents, 13.5 million people, receive health coverage through Medi-Cal. Medicaid is in essence the health insurance for many working class families and individuals.

I believe it’s time to collectively rise in support of this program.

With the recent introduction of the California Universal Healthcare Act (SB 810) legislation, our state could have the privilege to create a single-payer public agency to organize a system that, once funded, will make it possible for every resident of California to receive comprehensive health care services. It’s quite possible that California can lead the way to adopting universal health care for the nation.

Community Health Centers like ours will continue to play a role through the emerging and changing landscape of our health care system.

Our passion to serve a large number of uninsured patients, so that no one is denied care for their inability to pay, endures. Your contributions help ensure our continued ability to care for all.